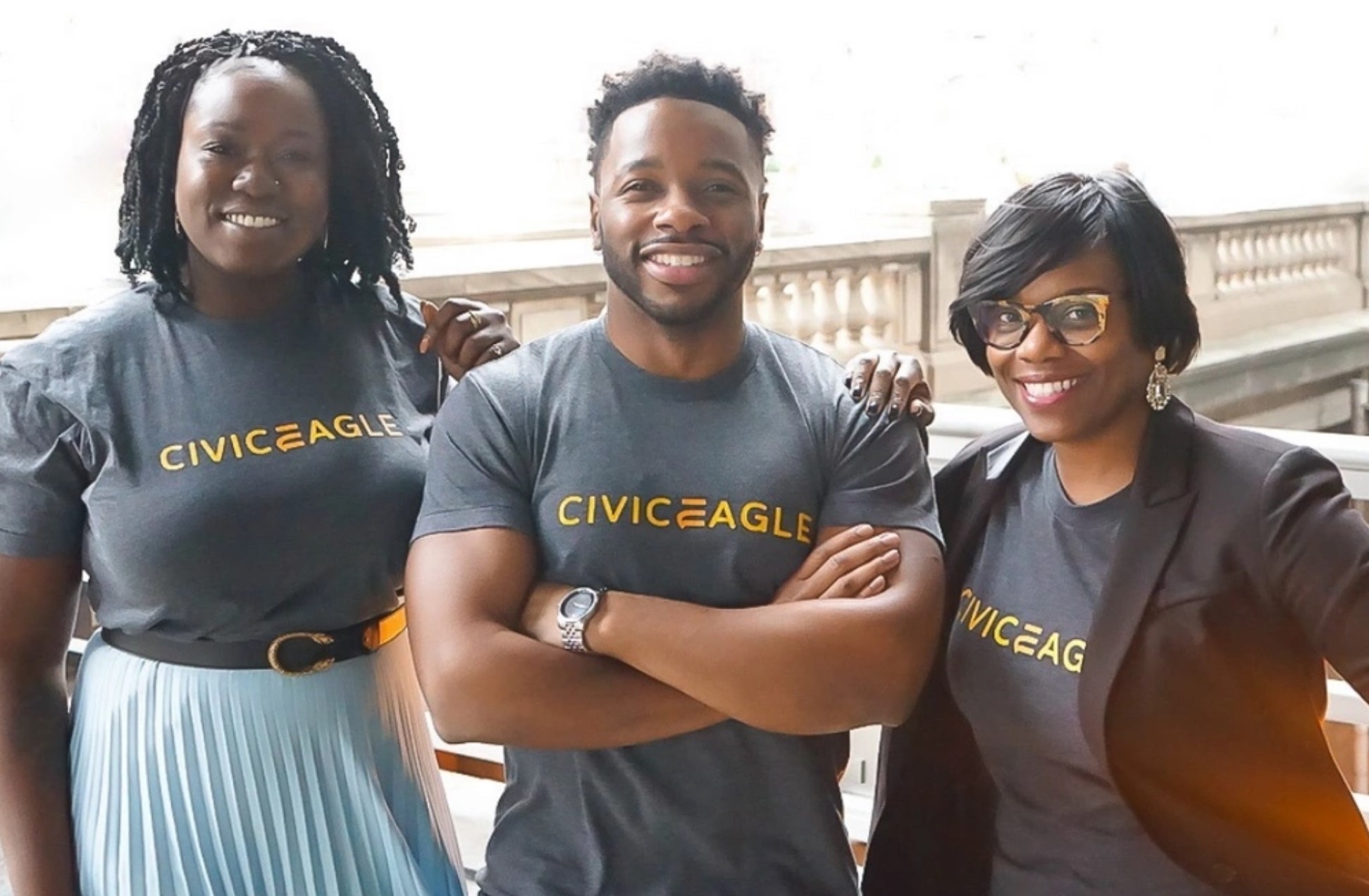 Civic Eagle, out of Minneapolis MN believes everyone deserves an educational point of view on democracy.  During these politically turbulent times, Civic Eagle is using technology to promote better democratic outcomes for people and their communities.  According to Crunchbase, this startup has raised 2.3M to date, with their most recent raise ($1.3M) taking place in November of 2019. They also participated in and graduated from TechStars Anywhere Accelerator in 2020 and is a recipient of Google’s Black Founders fund which awards startups anywhere between $50,000 to $100,000 in the capital along with hands-on support to help grow their startups.

From the start, Civic Eagle’s purpose was far more meaningful than a way to make money. For founder Damola Ogundipe – it was personal. Taking inspiration from years of navigating the U.S. legal system as an undocumented immigrant, Damola and cofounder Yemi Adewunmi created an app in their early beginnings to simplify civic engagement by fusing elements of social justice with the power of social media. Fast forward to today, Civic Eagle’s Enview software is empowering users to track both state and federal legislation, pinpoint focus areas, and access policy information that is most pertinent to them. With Enview, users will never miss a bill and will also receive recommendations of bills to follow based on previous activity. In other words, Civic Eagle is a vehicle for people to become civic leaders.

The Mug.News team was particularly interested in hearing more about Civic Eagle’s origins. Here’s what we learned.

“We started Civic Eagle in 2015 as a B2C company working on a mobile app to help people understand politics,” Said co-founder and CEO Damola Ogundipe. “From 2015 to 2018, we attempted to build our app and raise venture capital on the promise (really it was hope) that we would hit critical mass and monetize it. To put it plainly, it just didn’t work.”

Initially, the company’s mobile app was designed to help people understand politics. However, in early 2018, the team of founders came to the conclusion that the app was not going to work due to the saturation of the app economy and a lack of interest from investors. Therefore, the founding team had a decision to make… a) quit, or b) adapt and pivot.

“We chose to adapt and pivot and pitched the new direction we were going – a B2B SaaS tool for policy professionals – to Arlan Hamilton during American Underground’s Black Founders Exchange. She bit, and wrote us a $25k check. If I remember correctly, her parting words after committing to invest were “I don’t exactly get it, but you guys will figure it out.” It was all the validation we needed, and since March 13th, 2018, the day the very first investment dollar hit our bank account, we’ve been sprinting. We’re forever grateful for the faith Arlan and Backstage had, and continue to have in us.”

With a new, validated direction for the company and backing from investors, Civic Eagle’s pivot seemed to have paid out. Between 2018 and early 2019, the company raised $750K in a pre-seed round (via convertible notes)  and experienced life-saving growth for the startup. As mentioned by Damola, “in 2018 we built a product, and in 2019, we built a business.”

During the 2020 election cycle, Civic Eagle focused its efforts on reaching more policy professionals, advocates, and government relations teams with information about their software. This year, the startup plans to continue its efforts in introducing its software to more policy-minded people and a product focused-team, Civic Eagle knows that more users and user feedback equate to a better end product.

In this article:Civic Eagle, Minneapolis, minnesota