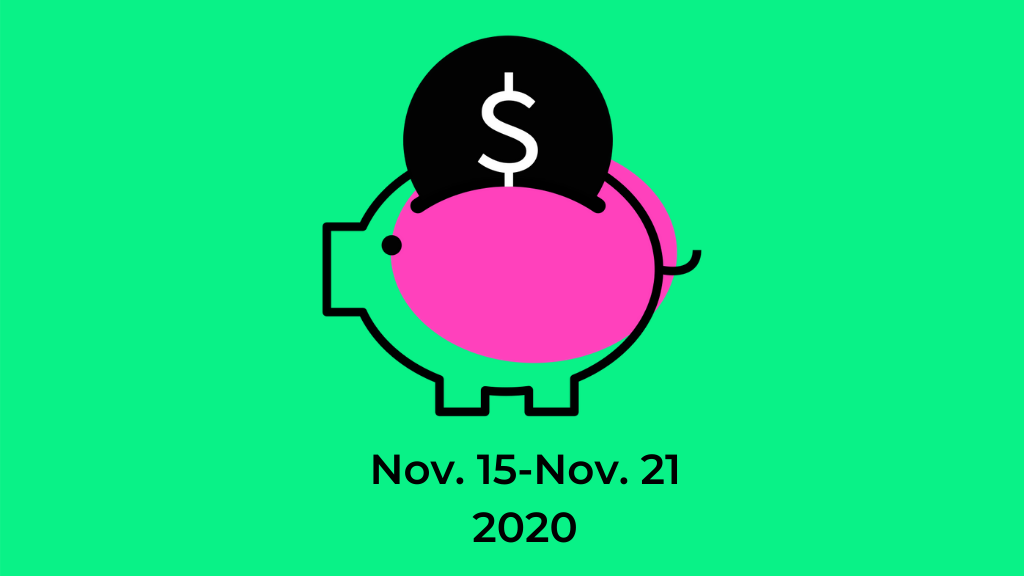 Another strong week for later stage funding in the Middle.  This is good.  But, the relatively low level of seed and early stage funding for the last three months remains a significant concern for the region.  It is critical that early stage funding pick up in 2021 or there will be a large hole in the overall market for the next couple of years.  Since August 1st the region has had 15% fewer early stage, angel, and seed transactions with 25% fewer investment groups participating.  The median transaction during that time in 2019 was $8 million, in 2020 its $11 million.  Some might see this as a good sign.  But, instead, it is a signal that the early stage deals are simply not happening at the lower level.  Anecdotally, we keep track of this data, the Middle should be producing significantly more $2 million and lower deals than $2 million and higher deals – but for two months that expectation has been reversed.  This suggests a lack of angel and seed activity.  This would be similar to a college football team having no starters who were freshman and sophomores and a poor recruiting class.  These are early warning signs of backsteps in the overall market.  It bears watching.