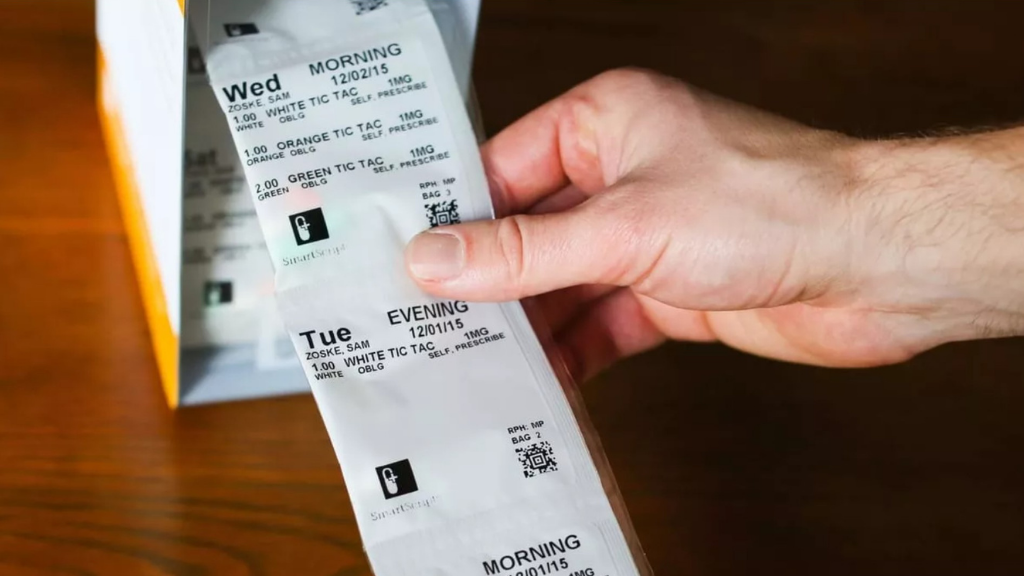 Washington, Iowa seems an unlikely place to find one of Iowa’s most successful e-commerce companies.  The town is forty-five minutes from Iowa City, but in SmartScripts, it has one of the state’s fastest-growing companies. Smartscripts story is one that could be taking place in rural towns across the Midwest. This is where founders, Todd Thompson and Sam Zoske, recognized a problem and built a solution.  The company sells prescription drugs in a stripped pack throughout the United States.

SmartScripts is an e-commerce company for prescription medicine.  They provide a strip of pre-packaged medicine that ensures seniors, as well as other customers, take their correct prescribed dosage.

According to Pitchbook, the company’s revenue is expected to exceed $30 million this year – leading to significant job growth in both Washington and Iowa City, where they recently opened a second office.  In a June interview with Clay and Milk, CEO Thompson mentions the University of Iowa as the motivation behind the second office in Iowa City.

“We hope that the University of Iowa will provide a steady stream of talent to fill positions within the company,” noted Thompson. The Company is looking to hire at least 100 new employees to fill various positions.

Recently, the company filed SEC paperwork suggesting a significant venture capital raise of $4.3 million.  While the firm did not disclose its investors in the current round, a previous round included Rural Vitality Fund (part of the Farm Bureau family), New Bohemian Innovation Collaborative (often referred to by Iowans as “NewBoCo”), and Next Level Ventures.

Prescription Management is a Key Issue Among Elderly

Prescription management is a significant problem for many elderly patients.  According to the Health Policy Institute at Georgetown University, more than 131 million people – 66% of U.S. adults – use prescription medicine.  In particular, older Americans (those over 65) use a disproportionate share, nearly 90% of seniors use at least one prescription medicine (according to the Kaiser Family Foundation).  Cost and access are primary issues, but mis-use is also prevalent across the spectrum of age, but particularly with elderly prescription drug users.

Agingcare.com has written extensively on the topic of prescription drug misuse in the elderly.  For example, nearly 60% of drug related hospitalizations among the elderly are “caused by three common drug classes – anticoagulants (blood thinners), diabetes agents, and opioid analgesics.”  These issues among the elderly are one of the key problems that SmartScripts attempts to solve.

On SmartScripts website, founder Todd Thomson, describes the reason for the company’s existence based on a personal story. His aunt was struggling with prescription medicine – dosage, time of day, etc., and saw a need to simplify and protect her from an accidental overdose.  He built a technology that blends software and e-commerce with prescription drugs by providing packs that include the medicine for a dose or a day.

SmartScripts has been growing rapidly since its founding in 2015.  It has continued to add market share at the same time similar companies are also growing.  For example, Manchester, New Hampshire based PillPack is the market leader – and was acquired in 2018 by Amazon.com for $1 Billion in cash.  Since that time, Amazon has absorbed PillPack in Amazon Pharmacy, and many are speculating that the giant e-tailer will be using this acquisition as part of its attempt to enter the health care and health insurance market.

Even with competition from Amazon, the e-Pharmacy market is large and growing quickly – $42.3 billion in 2019 with a compound annual growth rate (CAGR) of 16.8%, there appears to be plenty of room for unique offerings – such as the stripped pre-packaged prescriptions.  And, Washington (Iowa) based SmartScripts looks to be emerging as a significant player in the emerging industry.