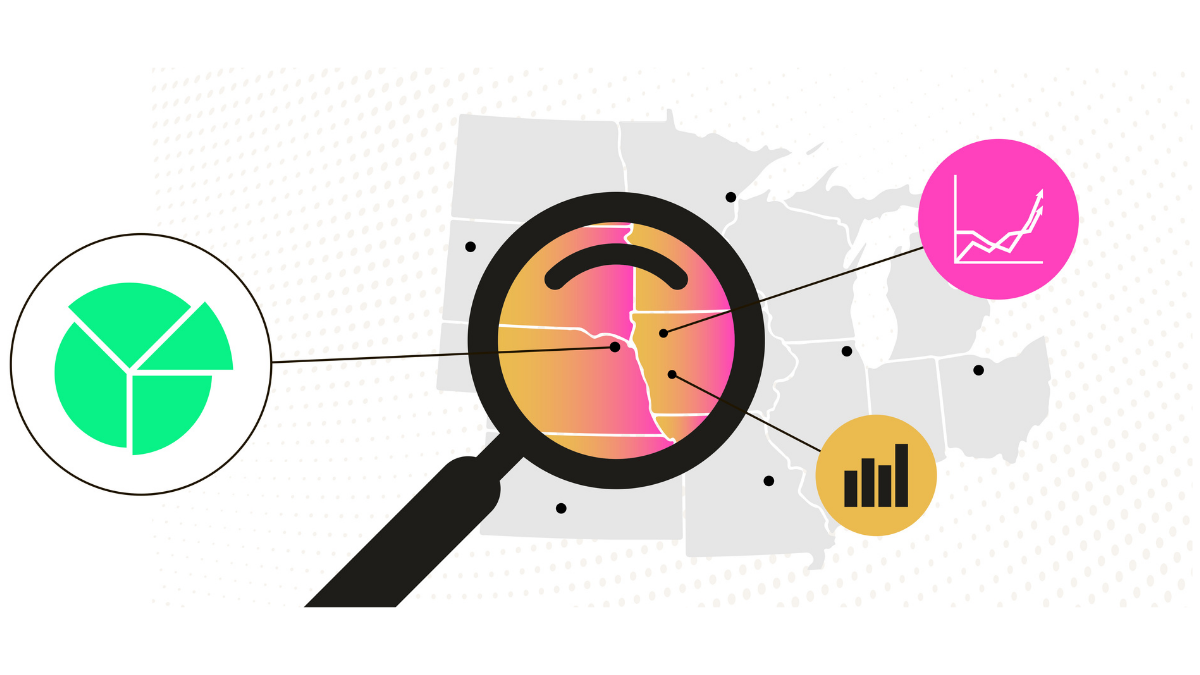 The job market in the US over the last 4 years has been tumultuous. The Covid epidemic created uncertainty everywhere. It accelerated changes to remote working and completely destroyed industries that are only now beginning to rebuild.

The job market was strong before Covid circa 2018 with unemployment at all-time lows across the country. Software and Technology worker demand was off the charts, and communities across the country were trying to become the next technology hub. It seems fair to ask the question – where is the Middle now with Cool Jobs?  [For an explanation of what Cool Jobs measures, check out this article.  For those of you who don’t want to look, Cool Jobs are basically those tied to STEM that are not directly correlated to population – scientists versus doctors.]

The most recent US Bureau of Labor Statistics data for Cool Jobs is from the Occupation and Employment and Wage Statistics (OEWS) program up to May of 2020. We calculated the changes from 2017-2020. This puts the Cool Jobs number for each state smack dab in the middle of the pandemic which has the potential to do some weird things. The map above reflects the changes over this three-year period. As an example of weird things – let’s look at Michigan.

According to the data Michigan lost 19,290 cool jobs over the last 3 years. At first glance, this looks like an outlier or a mistake. If the data is accurate, then how do we explain nearly 20,000 cool jobs leaving Michigan? Maybe the numbers reflect covid layoffs, but then we should see covid impacts in other locations as well, such as New York which was the first state to get hit by Covid. New York did lose cool jobs (-1420), but not nearly as many as Michigan.

Michigan appears to be more of an anomaly than a pattern that is likely to be revealed in more detail in 2021.  Detroit lost a significant number of jobs – but it gained jobs in key software categories (although it did decrease by approximately 3200 total Math and IT jobs from 2017 to 2020).  Instead, where the significant reduction occurred is in 17-0000 Architecture and Engineering.  The Detroit MSA lost nearly 14,000 jobs between 2017 and 2020.  In particular, mechanical and electrical engineers (and related technical jobs) appear to be significant losers.  This seems to be tied primarily to automotive slowdowns due to COVID, but may also be tied to general workforce reductions in the industry. For example in 2019, there were approximately 1000 fewer engineers than in 2017.  So, COVID may have been the straw that broke the automotive industry’s back – causing dramatic decreases.

Another possible explanation is the state of Michigan laid off 31,000 workers temporarily in May of 2020. Or the data could just be off. The BLS did release a note saying this was a possibility. Regardless, let’s focus on the bigger picture to determine where the cool jobs are.  Mapping job growth and losses often are suggestive but it is hard to determine with certainty actual reasons for activity – as they are often based on numerous individuals and individual firms that are making complex decisions.

I am going to focus on the bigger picture – where the Cool Jobs are.

Cool jobs are growing in all the standard high population states we usually think about for software and computer jobs – California, Texas, Washington, Colorado, New York, Florida, and Illinois. But the growth rates are different and worth examining. Texas grew 11% more Cool Jobs from 2017-2020. In comparison, California grew 6% during the same time period.

The growth numbers for a large portion of medium and small states are really encouraging. Take Iowa for example. Cool Jobs in Iowa grew by 11% over the last 3 years. That is tied for 7th in the U.S. and equal to Colorado. Cool Jobs in Kentucky grew by 13% and were tied for 3rd with North Carolina. South Dakota grew 10% more Cool Jobs.

The next OEWS jobs release comes in November. What do you think the numbers from November 2020 will do to the map above? Will you see increases in your state when it comes to Cool Jobs? Send us a note info@mugnews.com.

In this article:Featured, Software Jobs