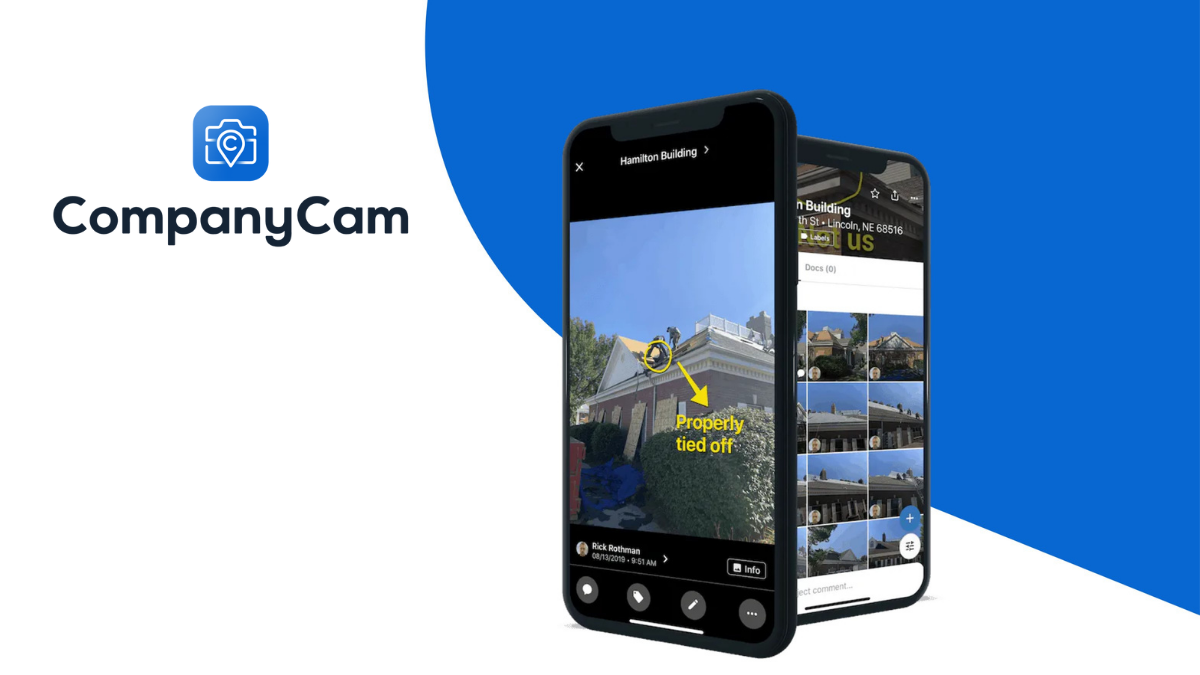 In 2017, CompanyCam was just starting its growth, and Luke Hansen, the founder of the company, appeared at the IO Summit in Lincoln.  He was pitching for one of the first times.  During that conversation, Hansen stated, “A company is just people. You get good people and then you can really do something.”

While many things have changed since 2017, Hansen continues to place his emphasis on his team.  “Team and culture are the only things that matter,” Hansen told Mug.News in an email. “The people and the culture are the machine that is your company, and that’s the thing you have to have working.”  This focus on people has created one of the fastest growing companies in the Middle.

This investment comes from a crew of excellent, well-respected investors—including Insight Partners, JMI Equity, and WndrCo.  Hansen explained his philosophy for finding investors by saying, “We were looking for people that were going to help us get to the next level.”  For CompanyCam, that next level is the expansion of the product and team, while also solving the core problems of its customers— contractors, builders, and trade companies.

There are over 706,000 construction companies in the United States, and construction spending in 2019 was over $819 billion.    The industry employs more than seven million people, and despite some dip during the pandemic, the industry continues to have a positive CAGR projected for the next half decade.  In other words, CompanyCam sits in a growing, large market.

Because the company continues to expand, knows its customers, and is drilling into deep problems, we asked why the company needed to find good outside investors.  “In our case, it’s somewhat specific. We don’t have a lot of deep tech connections, so someone with a large portfolio and a lot of connections was really compelling to us.”  Hansen stated.   He continued, “Knowing that we could get access to a community of people who are doing this same work and doing it well was really appealing.”

With that access, CompanyCam solves three specific problems using Software-as-a-Service.  First, CompanyCam allows contractors to snap before/after pictures and documentation that is completed and in motion.  This, in turn, provides clarity to a variety of interested parties—including the client, the team, the management, and other members of the team.  Third, this information then becomes the keystone for future work, billing, and other workflow related tools.

In short, the CompanyCam process starts with a picture that acts as the binding agent to all of the parties interested in a contracted project.  The software is simple to use and can be visualized on multiple mediums, including CPU, mobile, and via communication engines (such as SMS).

“We’re growing and improving our existing product, and we’re growing the team to support that,” said Hansen. “We’re not planning any new products, but anything we can do to help contractors build trust and transparency is something we’re interested in doing.”

This has turned into a useful project for contractors, and the company continues to expand. “We’re focused on expanding into existing trades. We want to improve our product globally but go to market in trades where we don’t have as deep of penetration.”

CompanyCam has humble roots, and intends to stay grounded in Lincoln.  Hansen highlighted to us, “We’re headquartered in Lincoln’s Railyard and we plan to grow there.”  The company expects to add tens of jobs over the next year, and it currently has job openings in the following areas: finance, product, sales, engineering, and design.

For Hansen, success on the CompanyCam team goes beyond just having the technical skills necessary to build the product. “We definitely have talent, but we also have a lot of amazing individuals that are happy to be themselves. Our roles are all high-ownership and high-autonomy, and we’re a scrappy team, but we don’t have a high-pressure environment or high-stakes attitudes.”

CompanyCam is a testament to the founders and their team, but it also is part of the wider ecosystem in Lincoln and Silicon Prairie.  Specifically, CompanyCam is the beneficiary of three specific projects.  First, the company received a prototype grant from the State of Nebraska’s Department of Economic Development.  Second, the company received the prestigious IO Summit Pitch Competition championship award on June 21, 2017.  Third, the company has received early funding from Invest Nebraska.  Together this string of capital sources helped Hansen and his team build a company from scratch quickly and while using capital efficiently, thereby protecting equity.

CompanyCam has built strong momentum while building a strong, dynamic team.  It has good leadership and looks to be building an exciting future.  For more information, check out the company’s website at https://www.companycam.com.

In this article:CompanyCam, Featured, Nebraska, Omaha