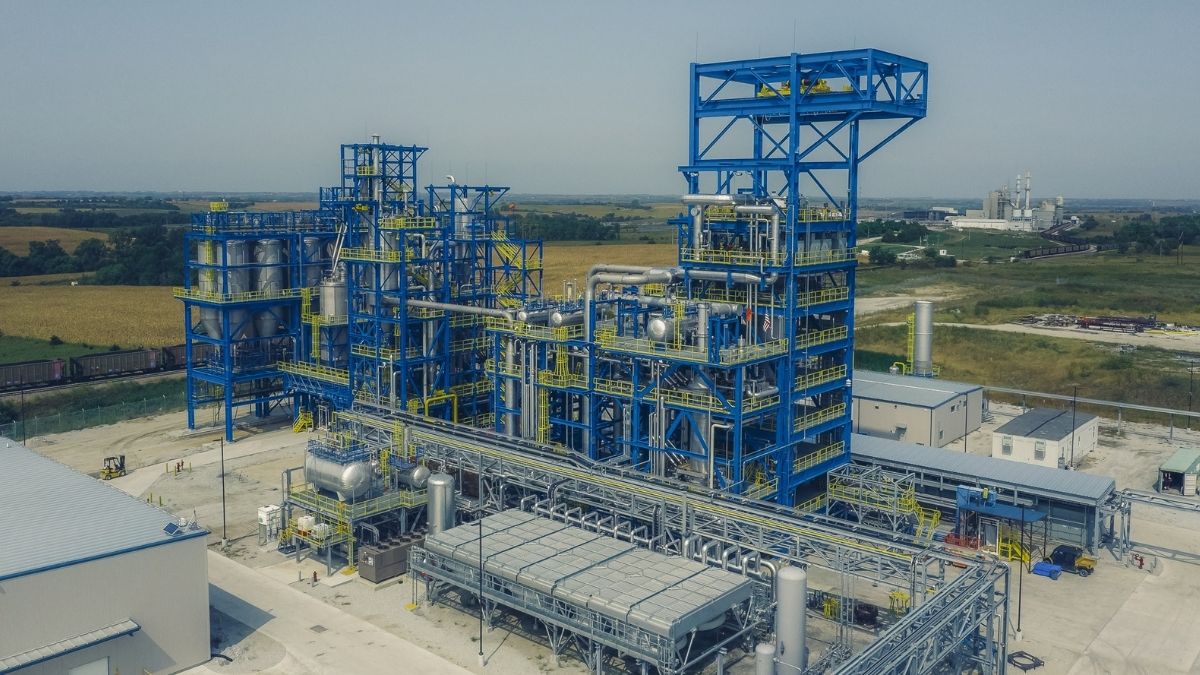 Monolith Materials, Inc. is a chemical and energy start-up based in Lincoln, Nebraska. The company has developed a more sustainable way to produce everyday items that traditionally have a high carbon footprint. In particular, the company produces green hydrogen used to produce ammonia, a fertilizer, and carbon black.

Through a process called methane pyrolysis, Monolith turns natural gas into hydrogen and carbon black.  Carbon black is a material used to produce tires and other industrial rubber, plastic, coatings and adhesives, toners and printing ink, and batteries and conductive ink. Using renewable energy Monolith has, by using renewable energy, excised water from the process, thereby eliminating the source of the carbon emissions.

On June 3rd, Monolith published a press release announcing the receipt of another round of funding led by SK Inc., NextEra Energy Resources, LLC, and Perry Creek Capital. This round is in addition to continued funding from Azimuth Capital Management, Cornell Capital, and Warburg Pincus. “When evaluating potential investors, it was critical that we work alongside organizations that share Monolith Materials’ vision for a decarbonized world that includes green hydrogen,” said Rob Hanson, co-founder and CEO of Monolith Materials in a company press release.

As concern for the environment grows, so does demand for sustainable solutions. Accordingly, the market for green hydrogen is growing rapidly. A February press release by Reports and Data suggests that “The global green hydrogen market is expected to reach a market size of USD 2,569.7 million by 2028 and register a high CAGR during the forecast period [2018-2028].” The release goes on to speculate that by 2050, up to 24% of energy needs could be met by hydrogen.

Rob Hanson, the current CEO, founded Monolith Materials, Inc. in 2012 with Pete Johnson. As Hanson’s quote alluded to, the pair founded the company with the expressed mission “to be environmentally transformative, technologically advanced and financially viable.” In short, their goal was to build a startup that innovated with explicit acknowledgement of environmental responsibility.

Monolith’s investors are themselves keen to support the company’s mission of sustainable growth and environmental responsibility, two essential values upon which the company was established.   Warburg Pincus, one of their key starting investors shares that principle with them. In its most recent round of funding, Monolith’s investors expressed their excitement at the prospect of funding green innovation.

With only one facility, Monolith will need to expand before it can conduct methane pyrolysis at the same scale as some unsustainable competitors with multiple facilities. Monolith’s most recent round of funding, however, will be applied to the construction of a second facility that is working toward ammonia production, which is a common fertilizer.

With its location in the agricultural heartland of America, this expansion will be a boon for the company as it works to provide a cleaner alternative to traditional fertilizers which are dependent on fossil fuels. The expansion is expected to be complete by 2024.

Monolith occupies a sparsely populated space in its market because most producers of green hydrogen are energy companies that have been around for decades. Monolith is an explicitly green startup pushing innovation in its sector. Additionally, Monolith has integrated vertically, with the production of green ammonia as well, which sets the company apart from the majority of green hydrogen producers.

Overall, the future looks bright for Monolith Materials. The company has financial backing from a myriad of investors having already successfully undergone a few rounds of investment; with its green hydrogen production, Monolith seems well-positioned to take advantage of an expanding market.

In this article:Featured, Lincoln, monolith, Nebraska