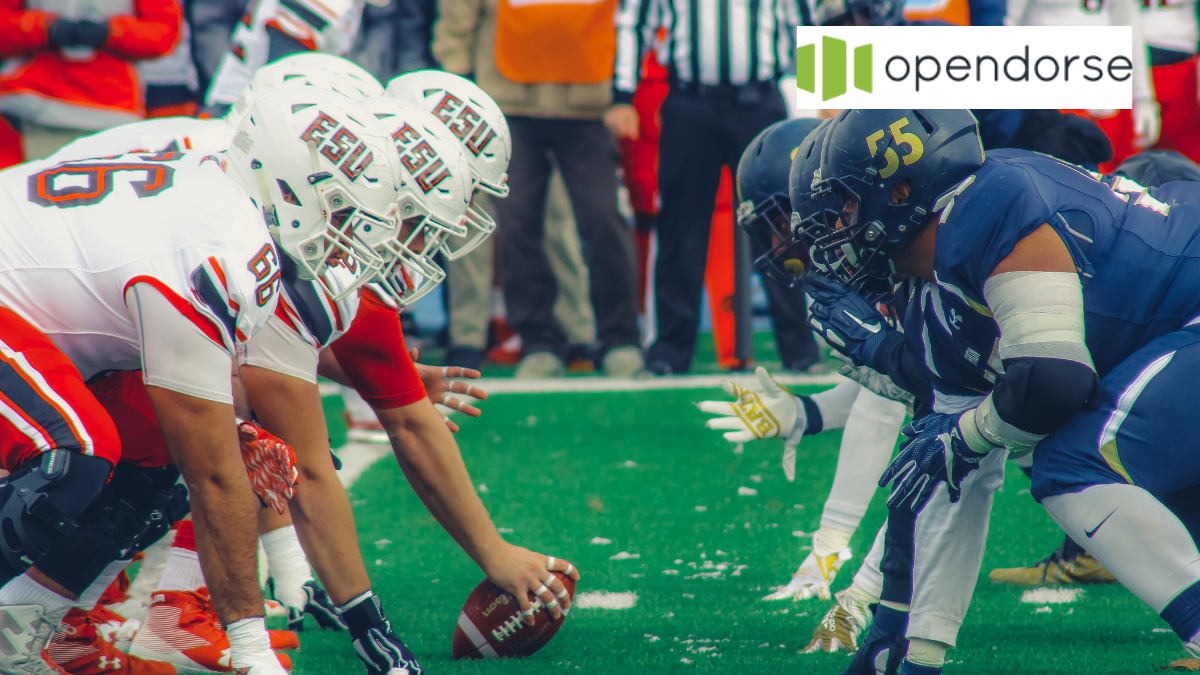 Adi Kunalic and Blake Lawrence are college football players turned cofounders of the most exciting athlete endorsement company on the market. The two met their freshman year at the University of Nebraska-Lincoln while on the team and created what proved to be a valuable friendship for four years during their time at college.

After college Kunalic and Lawrence started a social media agency to help businesses create social media content.  This company focused the pair on tools that created stronger engagement online. Building a service business proved to be a good way for the pair to improve their technical capabilities and understanding of social media tools.

The “Big Opportunity” occurred, however, when a friend and teammate from Nebraska, Prince Amukamara, was drafted with the 19th overall pick by the New York Giants in the NFL draft’s first round. Overnight, Amukamara’s social media following increased tenfold.

As a result, he had many companies asking for him to promote their business or products via social media. He enlisted Kunalic and Lawrence to help him create the posts to endorse these companies, but the problem was that no matter how much content the two made, it was impossible to get Amukamara to share the post. To solve this problem, the two created software to make sharing as easy as possible; this software is the basis for what has become Opendorse and has expanded to help thousands of athletes over the past ten years.

From the beginning, Opendorse has always been about making the lives of athletes easier. Today, athletes are some of the biggest celebrities in the United States and around the world. The personal brand that these athletes possess is ultra-valuable, and companies want to advertise endorsements from these athletes.

Between the workouts, practices, games, and other events that the modern-day athlete has to squeeze into their day, there isn’t time to create social media posts to promote the companies and products that an athlete might endorse. That is where Opendorse comes in.

Athletes sign up for Opendorse and connect their social media to the software. Following registration, Opendorse can push out content on the athlete’s social media with athlete approval.   This efficient content creation strategy allows companies which partner with Opendorse to craft a productive advertisement.

Athletes are allowed to use Opendorse for free. Opendorse makes money by charging a subscription fee to the companies who want access to their collection of athlete partners totaling over 3,500 athletes and boasting some of the biggest names in professional sports. This subscription has a baseline fee of $10,000 annually, and Opendorse also provides consulting for marketing solutions for additional payment.

Opendorse helps companies strategize their endorsements with athletes finding the best value based on sport, demographics of following, budget for promotion, and more, which sets them apart from any other company trying to enter this market right now. For the past ten years, as Opendorse published each endorsement, the company has collected data on these social media campaigns’ impressions. This data set gives them the unique advantage of deep institutional knowledge regarding the value of athlete testimonials and endorsements.  This allows client companies surety regarding their new campaign, maximizing value for each dollar they are advertising through Opendorse.

Where Is Opendorse Headed?

There is a significant change coming to the athlete endorsement business around Name, Image, and Likeness (NIL) branding for college athletes.  The idea is that college athletes should have the right to make money from their own NIL.  For example, this would allow a prominent college football player to receive personal endorsement contracts from brands.

The United States Supreme Court is currently reviewing rulings that have given the NCAA the power to stop its athletes from profiting off their NIL in any fashion without losing eligibility. In a 2020 webinar, Lawrence expressed confidence that NCAA athletes would soon be able to profit based on their NIL, and the “market of eligible athletes will grow by 100 times.”  This is a massive shift for the market – and may reveal many new types of localized marketing campaigns built on unique college town marketing opportunities – such as female basketball players from the University of Connecticut during the recently completed NCAA tournament.

What does this news mean for Opendorse? When it comes to online endorsements, Opendorse has the most experience of any company. To say that they are at the forefront of social media endorsements and analytics would be an understatement. For the past ten years, Opendorse has been the only company helping to connect companies to the athletes to promote their business.

As Kunalic explained, “we are the subject matter experts, the trust that we have been able to build since 2012 has put us in a great position to take advantage as we head into this new era of athlete endorsements.” Opendorse has already partnered with 20 plus colleges to enroll in their Ready program. A solution that will grant athletes access to Opendorse’s social media sharing along with education on how to grow their brand get the most marketing value possible out of their NIL while staying safe and maintaining their eligibility.

One of Opendorse biggest goals is to make sure that athletes are only making safe promotions. They make sure that any possible content they bring to an athlete won’t risk eligibility.  This is an important offering because of the likely NIL rules that will be promulgated in the coming months.

Opendorse looks primed for significant company growth over the next year – projecting potential employment doubling to handle new demand from companies and athletes. “We currently have a team of fifty employees and will be looking to double that number in the next year,” said Kunalic. “There are a lot of companies starting to pop up to take advantage of this growing market, but they can’t replicate the experience that we have in the industry.” In the athlete-driven sports era, fans follow individual athletes as closely, if not more, than their favorite teams. Opendorse has identified the perfect way to take advantage of an athlete’s brand, making it as easy as possible to bring social media promotions together.

With the number of athletes that Opendorse expects to join the eligible market in the next calendar year, the company is experiencing lots of interest from investors, too. To date, the company has raised more than ten million venture capital dollars, but it seems likely this number will be increasing in the near future.  Current investors include Invest Nebraska, Serra Ventures, Flyover Capital, and their first client – Prince Amukamara.

More capital and more employees are on the horizon.  And with the company’s expertise and a rapidly expanding market, Opendorse is poised to be one of the biggest names in athletic endorsements.