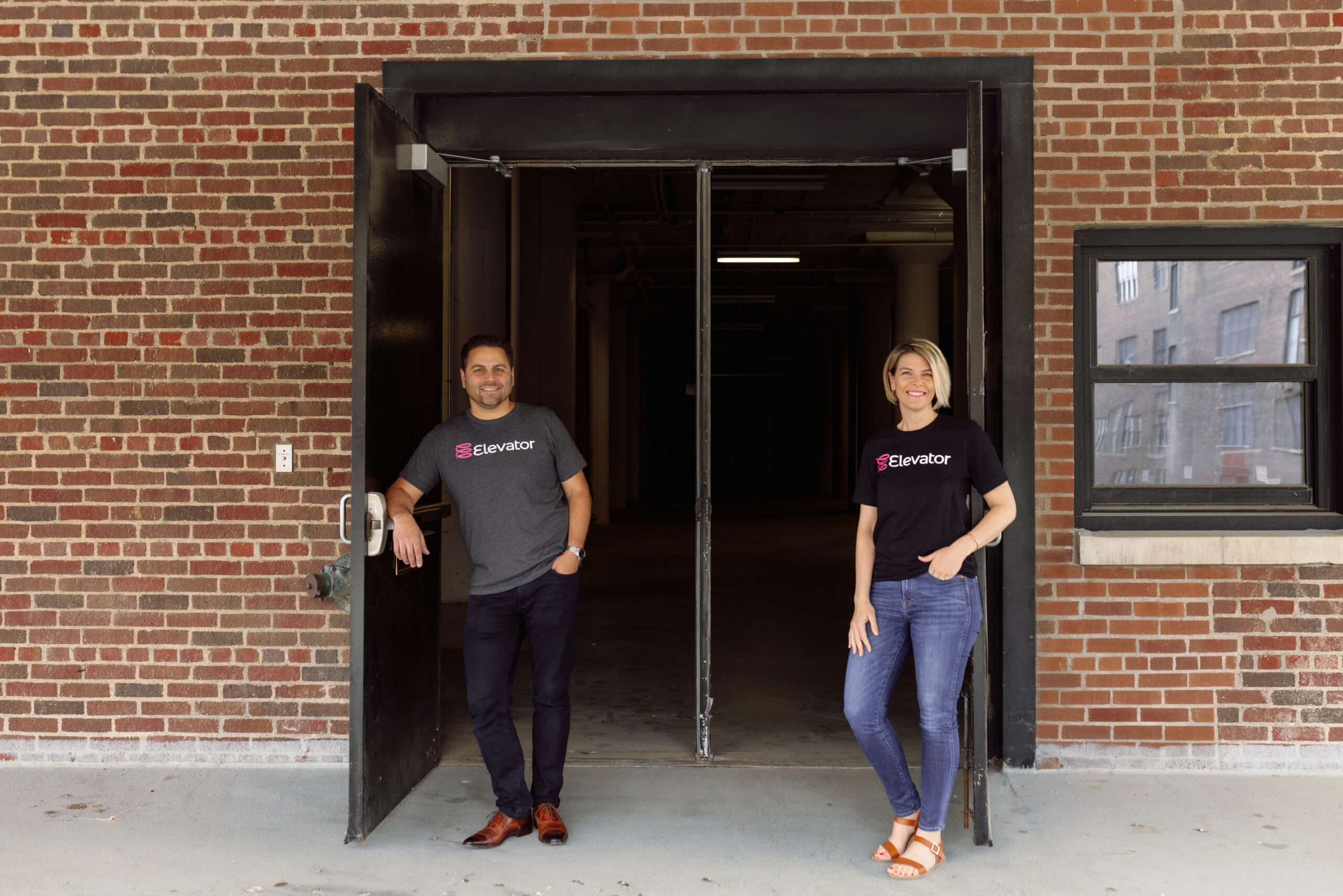 Omaha, NE, July 13, 2022 | Elevator, a co-warehousing startup, announced its seed round of $1.7 million to launch its first location. Participants of the raise include Black Dog Ventures, Nelnet, and the Nebraska Angels. Elevator raised capital to renovate their space, develop logistical capabilities, and grow its team. Elevator was co-founded by Shannon and Emiliano Lerda.

Lead investor, Paul Smith of Black Dog Ventures, says, “I am excited about Elevator because they have a great team pursuing an unaddressed opportunity. By providing flexible warehousing and logistics support to e-commerce entrepreneurs in secondary markets, they are adding real value to growing companies.”

The round of funding is the second major milestone for Elevator, which recently secured a building in downtown Omaha with 56,000 square feet. Space is being parceled into 75 warehouse units ranging in size from 80 to 1,300 square feet, 17 office spaces, and also includes a training room, kitchen and break room, conference room, and photo studio. Located in Omaha’s Old Market District, the company’s first location attracts entrepreneurs and e-commerce businesses seeking a collaborative working environment. Just blocks away from some of the city’s premier restaurants, bars, and parks, it’s located in one of the most dynamic areas of Omaha.

Co-founder, Shannon Lerda, was an e-commerce entrepreneur herself. “Co-warehousing fills a need for small and medium e-commerce companies. As a former e-commerce business owner, I personally understand the challenges these companies are facing. I am inspired by their stories of perseverance through adversity, and want to provide the support and resources they need to elevate their business to the next level,“ she said.

Stephanie Luebbe, Executive Director of the Nebraska Angels group says, “Elevator addresses an issue that many small to mid-sized e-commerce companies face in finding flexible, affordable warehousing space that meets their needs. From a community perspective, investing in Elevator isn’t about funding just one company, but also supports the growth of many locally owned small businesses through the services that Elevator provides.”

Co-founder, Emiliano Lerda, says “Co-warehousing serves a growing and important segment of entrepreneurs and is a highly scalable business model. We’re excited to expand our physical footprint to many locations around the United States.

After his retirement from day to day operations at Tenaska, Inc. Paul has become a leader in the Omaha metro, focusing on re-developing under-performing areas into mixed-use, high end destinations for the community and its businesses. Focusing heavily on philanthropic organizations and the arts, Paul and his wife, Annette, work to promote the arts and support youth development in the greater Omaha Community. Dedicated to improving the lives of those around him, Paul has served on a board or committee for several organizations around the area. He and his wife were recently honored for their philanthropic efforts by the United Way of the Midlands as 2018 Citizens of the Year. Paul works to see that projects he works on benefit the community as a whole.

Nebraska Angels is a network of +100 active angel investors who support early-stage, high growth startups with private capital. The organization was founded in 2006 to support economic development and build the Nebraska entrepreneurial community. Members have deployed over $44M across sixty (60) portfolio companies within the past decade.