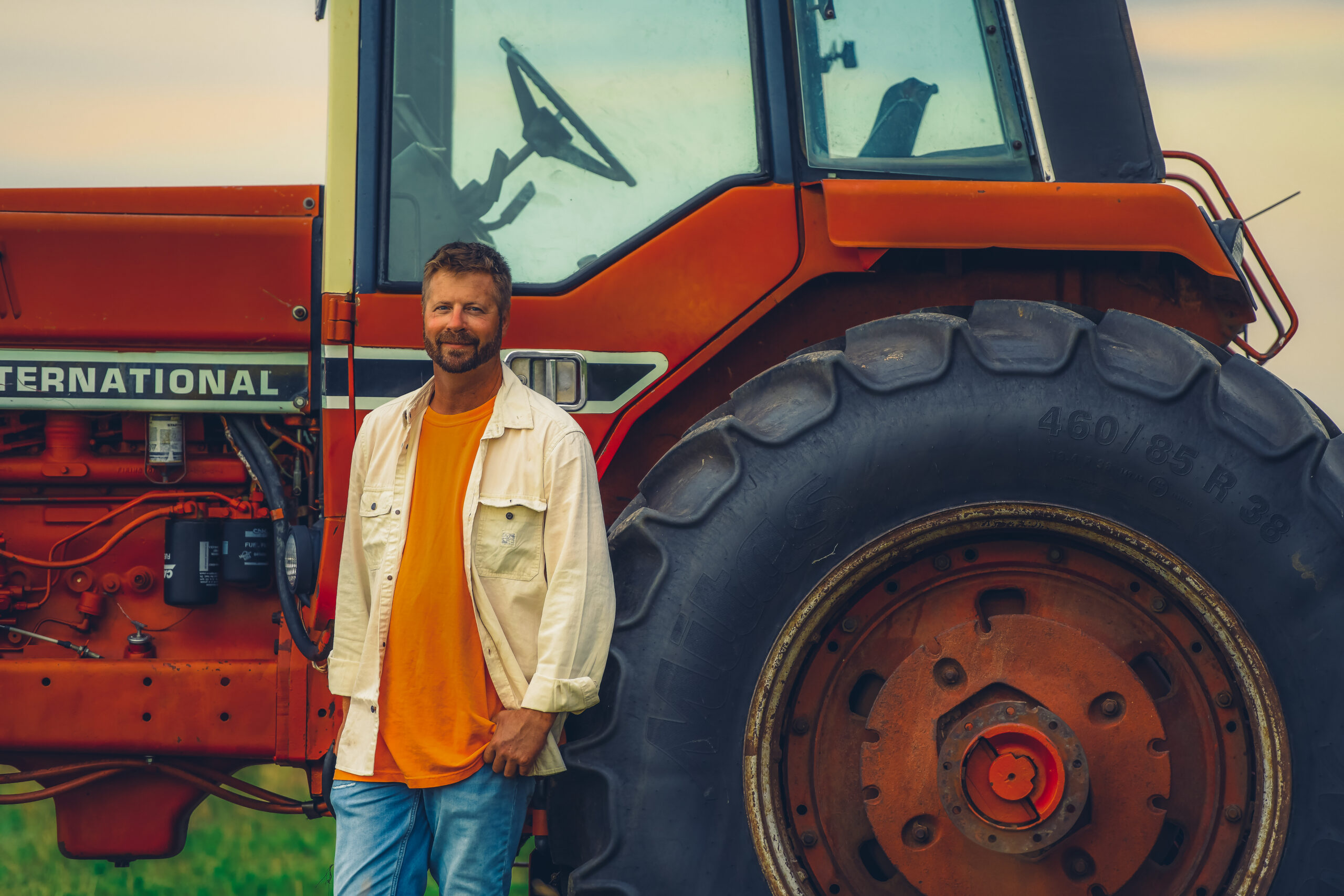 Greenfield Robotics delivers autonomous bots that cut out and remove weeds from row crop fields.  The Wichita-based startup is currently winter testing its bots in fields in Florida, though the company’s founder, Clint Brauer, described how his company is scaling the ag movement in the Middle with regenerative agriculture.

Brauer explained that regenerative agriculture goes beyond sustainable agriculture.  The goal is to actually reverse some of the effects of large-scale monoculture agriculture and crop development.   A key component of Regenerative Ag starts with no-till farming, which is reliant currently on chemicals for weed control.  No-till farming depends on the limited tilling of fields following harvest.1

Brauer’s company has focused on creating autonomous and robotic solutions that allow this sustainability to scale.  One of the significant challenges faced by sustainable farmers is replacing the herbicides that have been used to ensure good yields over the last fifty years.

Greenfield Robotics provides an alternative to herbicides through its bots that can cut out the weeds.  The bots move through the rows of crops while finding and removing a variety of common weeds.  The bots are small enough to fit between row crops; the bots are rigged for the challenging environments found in fields – such as deep ruts caused by irrigation equipment.  In addition, the bots must be able to distinguish common weeds from the crops in the fields, as well as be able to cut the weeds and not damage the crop.

Brauer explained the basics of his system by saying, “Our units are capable of finding weeds in a field of crops and then mowing them repeatedly until they are basically gone.”  He described his own epiphany and could not imagine that it could be that simple.  And, it wasn’t.  There are a variety of problems beyond simple weed/crop recognition.

One of the company’s primary goals is to get herbicides out of farming – but this requires the ability to remove weeds, retain carbon and nitrogen in the soil, and provide similar capabilities to the artificial herbicides on the market.  Modern chemistry has done a significant amount to increase yields in fields, so simply removing weeds is not the only issue that Greenfield confronts.

Brauer described the company’s mission to provide a complete cycle of farming that increases yields, but also provides a fertile environment for other processes that are more sustainable – including cover cropping and no-till farming.  These are elements of the changing environment of farming in the United States that represent significant sustainable improvement that does not involve herbicides and chemical-only interventions.

Many farmers have already begun changing their behavior to more sustainable business and crop management solutions. Conservation tilling and no-till farming has grown from less than 10% in the late 1980s to more than 60% today.  That growth is tied to changes in research and policy, and the recognition that no-till operations have reduced the costs and improved the yields of crop production.

The no-till believers maintain that leaving crops in the ground after harvest retains soil, leaves valuable nutrients in the field, and creates a more fertile environment for water retention.  However, no-till fields have been challenging for the growing autonomous instruments of the digital farm.

No-till is not essential to Greenfield Robotics’ bots operating; however, it represents the type of thinking that Brauer believes will shift farmers’ decision making toward finding more sustainable alternatives to traditional farming.  He also explained that many of the farmers with whom Greenfield Robotics work also employ livestock, cover crops, and other elements that may ultimately benefit from Greenfield’s robots.

Brauer and his team are innovating in an area which Brauer believes is ripe for its robotic solution. Greenfield Robotics autonomous weed bot will be operating in fields this summer, weeding 100 acres per day.

1. For those non-farming readers, no-till farming can be seen throughout the country.  The signature look is post-harvest, with cut crops still visible in the field.  So, for example, in a cornfield, the base of the individual plants remains in the field over the winter, up until harvest, decaying in the field and replenishing the field.  At the point that the new crop is planted, the new plants are simply planted “over” the old.