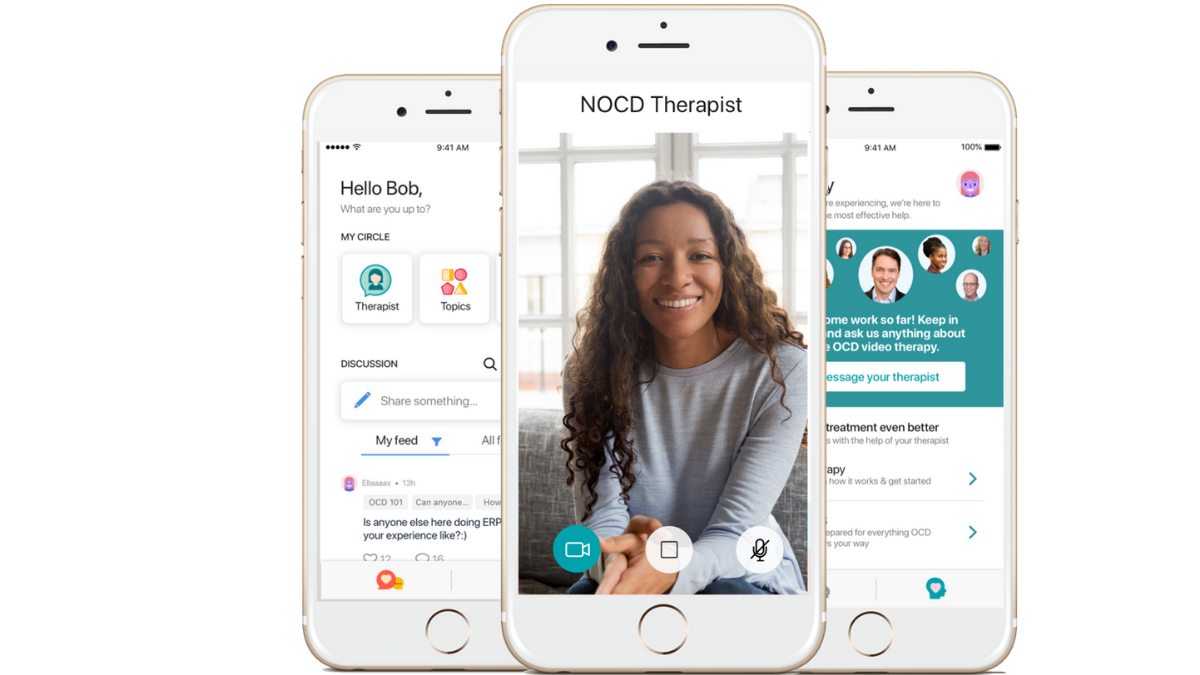 Millions of people battling OCD (Obsessive-compulsive disorder) experienced a big win recently, as Chicago-based NOCD raised $12M in Series A funding. The round was announced on October 8, 2020 and was led by Health Enterprise Partners and previous investors included 7Wire Ventures, Chicago Ventures and Hyde Park Angels.

NOCD expressed their plans to use the funding to primarily expand its provider network to all 50 US states. According to its website, the funding will enable the more than 8.25 million people in the U.S. suffering with OCD to access desperately needed teletherapy services (including research-backed live video therapy with licensed therapists that specialize in OCD, and ongoing in-between session support through peer communities and clinician-guided self-help tools). Furthermore, the company plans to allocate more resources in technology and data science to ensure that effective OCD therapy is convenient, regardless of where their patients may live.

“After evaluating numerous digital mental health companies, NOCD’s best-in-class clinical outcomes, robust technology platform, growing network of specialty providers, and mission-driven team set them apart in a rapidly growing market,” said Dave Tamburri, Managing Partner at Health Enterprise Partners, who has joined the NOCD Board of Directors, in a recent press release. “We are thrilled to be partnering with Stephen and the NOCD team as they continue on their path of improving access to quality care for one of the most common but treatable serious mental illnesses.”

So, how does NOCD work? NOCD is a platform where people with OCD can participate in live face-to-face virtual sessions with licensed therapists that specialize in OCD and ERP from anywhere.  In between live virtual sessions, NOCD users will also have the ability to access an array of self-help tools and peer communities. In other words, NOCD functions as a specialty virtual clinic, making Exposure and Response Prevention (ERP) therapy – the most effective treatment available for OCD – even more effective, affordable and extremely convenient for people with OCD.

“OCD is not just about excessive hand washing or flipping light switches. It’s a severe, yet often overlooked mental health issue that debilitates the lives of millions of people in the U.S., and the pressures and uncertainties of COVID-19 certainly haven’t helped. Traditionally, it’s often not been easy for those suffering to get the care they need to live happier lives, in part because of the long-standing expenses,” said Stephen Smith, Founder and CEO of NOCD in a press release.

“Today is an exciting step in the maturation of our company for our many collaborators, investors and health plans, but most importantly the people we are humbled to provide respite to everyday. Many go from rock bottom to much improved in a shorter time than via legacy methods. The months ahead for the NOCD team look bright, and we can’t wait to continue our growth, expand our technology capabilities and play a critical role in transforming many lives.”

Founder and CEO, Stephen Smith graduated from Pomona College in 2017 with a BA in Chinese Language and Economics. As a student athlete, Smith suffered from what he would later learn were severe symptoms of OCD, which made it difficult for him to excel on the field as the quarterback of his team and in the classroom as a student. After reaching a breaking point, Smith sought out treatment, but was misdiagnosed five times.

Not only was Smith’s experience morally defeating, but it also was very expensive. Finally, Smith got a lucky break after stumbling upon an online community full of people sharing their similar experiences; the discovery inspired Smith to begin his search for an OCD-trained provider. Smith was fortunate enough to find a psychologist trained in exposure and response prevention, which research suggests is the most effective form of therapy to treat OCD. Smith’s personal battle with severe OCD is what ultimately led him found NOCD.

In this article:Featured, medtech, NOCD, TreatMyOCD.com