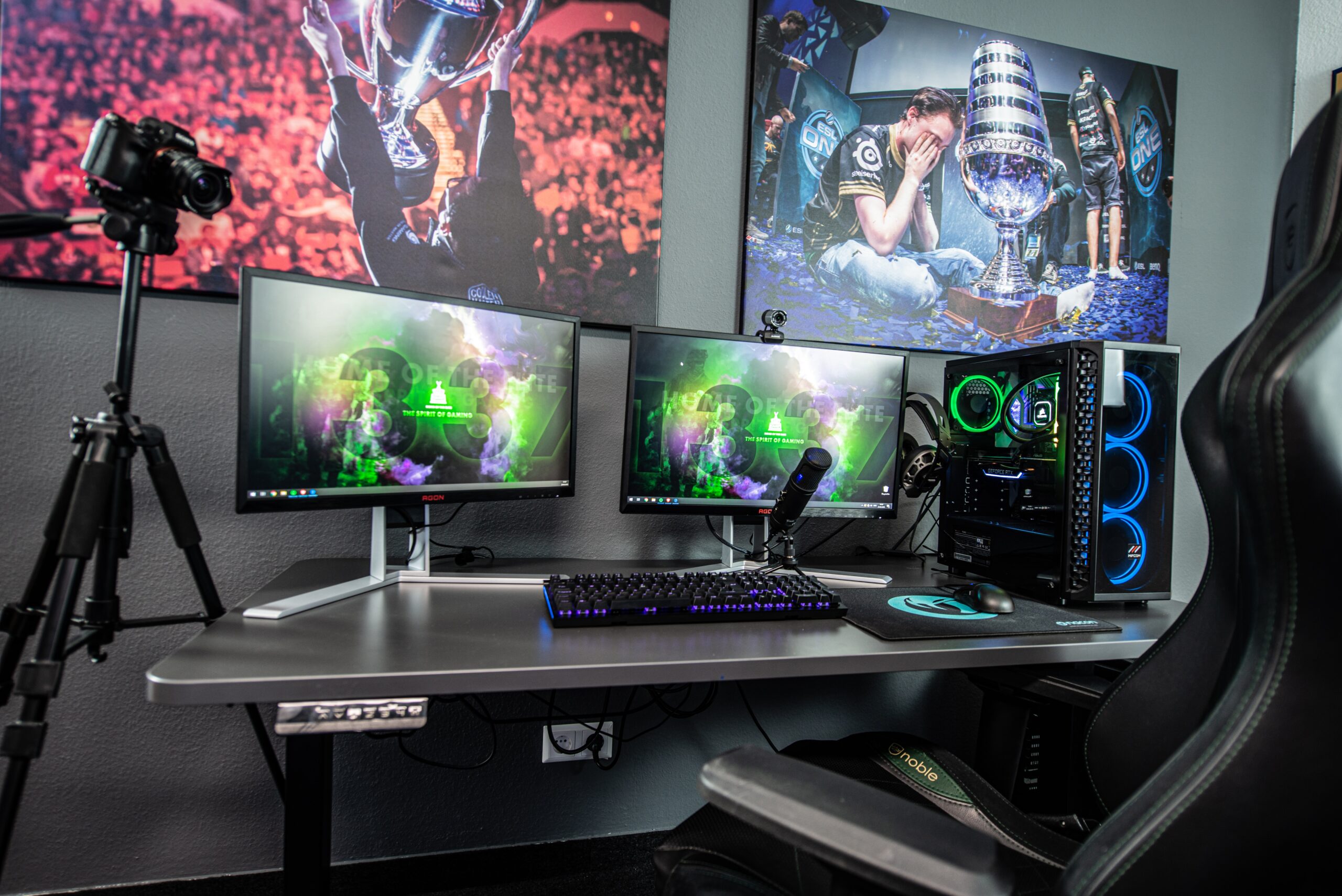 The Unified Esports Association (UEA) and Ramsey Jamoul, founder and CEO of the company, have seen dramatic changes since the business was born from the hosting of the first-ever Wichita Esports Conference in 2015. This conference was made possible by the combined efforts of passionate volunteers and help from Wichita State University (WSU).

After the convention, Jamoul, an esport athlete himself at WSU, expanded the event into the Midwest Esports Conference, a league made up of eight colleges. These Esports teams travel to each other’s campuses and compete in tournaments in League of Legends, a popular game by Riot Games. Since the creation of Midwest Esports, Jamoul and his team have added several more Esports leagues and host events across the nation.

To reflect the change, Jamoul decided to transition his company to the UEA to reflect the variety of competitive stages they provide. Many changes have taken place to turn one event into a conglomerate of Esports leagues that now make up the UEA, but the mission remains the same: to bring together those who have a passion for the sport.

The effort is creating a pipeline for youth to collegiate Esports athletes to the professional level, and in the words of Jamoul, seeks to “help find the next Michael Jordan of Esports.”

What makes Esports unique is that the game publishers control the professional platforms and the ability to play. Esports athletes can only compete for exposure against other competitive players on approved formats. So it doesn’t work like basketball, in which athletes can work and develop one’s skills without the NBA or any league. The traditional aspiring players need only a ball and a hoop. Similarly, if traditional athletes want to play others, it costs nothing to access. Not to mention that there is longstanding infrastructure through youth programs, high schools, and colleges to give players exposure.  Esports competition, in contrast, is comparatively more restrictive and controlled in access based on players’ abilities.

Jamoul remarked, “What it looks like to go from the ranks of amateur or collegiate to a professional right now is a vague space. We just don’t have those years of experience that traditional sports do.” Jamoul and UEA have always had their goal to give eSport athletes the infrastructure and exposure to make it to the professional ranks.  To do this, they have a variety of leagues.  These include the following;

Esports Viewership is vital for helping players gain exposure to the public and playing on a professional stage. UEA holds in-person competitions around the country that help connect both.  “We have pro teams that come to our events and watch our competitive leagues recruiting,” said Jamoul. Along with direct talent evaluation for those strictly looking to move up the ranks and go pro, Jamoul cites connections made at these live events as the reason for the hiring of many division one Esports head coaches. “Those kinds of experiences are the ones our company is really looking to build up at our events.”

The Growing World of Esports

Esports was considered a subsection of sports, but it has become increasingly mainstream in recent years. There are many reasons competitive Esports have made this transition into popular culture; they include global investors, growing endorsements for athletes, and coverage from larger outlets like ESPN, to name a few. All of this has led to massive jumps in viewership and revenue from the sports.

Esports viewership has increased every year over the past decade. In 2019, viewers totaled 454 million, and projections of 646 million in 2023. The expansion in the viewership of esports can be attributed at least in part to the streaming platform Twitch.

Twitch is a popular platform that hosts those individually playing video games, usually talking to their viewing fans, and Esports competitions.

These competitions are wildly popular; in fact, the World Championships for League of Legends live viewers totalled 1.7 million. Broadcasting on Twitch is free, and broadcasting channels such as UEA can profit by placing advertisements in the streams they host on their channel.

As the viewership for all different Esports competitions grows, the need for more Esports teams is likely to grow with it. With this increasing need for professional Esports athletes, the need for programs such as UEA that help expose the most talented athletes will become more significant than ever. Currently, UEA’s more casual online services compete with companies such as Toornament and Game Battles; such companies provide a platform for online tournaments to be created by players themselves, and they have host websites to connect the players to potential tournaments.

For the amatuer and semi-professional crowd, UEA hosts online tournaments on their platform, Upsurge. where participants register and are given a schedule of when to play, along with in-person at LAN style tournaments. From title to title there are countless competing hosts of in-person and online semi-professional events. Still, in our interview, Jamoul described the ecosystem of Esports professional pipelines as blue ocean. He explained that while there are companies in the same market as UEA, there is room for more companies that will come along as Esports continues to grow. He also believes that consolidation is coming to these amateur and semi-professional Esports leagues, much like the world of traditional sports.

What’s Next for UEA?

Over 200,000 attendees came to UEA events in 2019. The team expected more than double that number in 2020 before they were forced to cancel in-person events due to the ongoing pandemic. When asked about UEA’s goals for the return of live events, Jamoul said, “In five years with onsite events we will be touring the country again. With our Esports festivals and larger partnering events, like Planet Comicon Kansas City, our goal is to host over a million attendees.”

The great thing about Esports is that the competitions can continue socially distanced, but the in-person events of the UEA took a toll over the course of this pandemic. UEA utilized their online semi-pro platform Upsurge Esports to host online tournaments that had been scheduled as in-person competitions before cancelation. While the tournaments continue, Jamoul said that he knows the athletes and fans are itching to get back to in-person events; they crave the sense of community they just can’t create through the online tournaments.

As live events begin to re-emerge, UEA will be announcing a live event in partnership with Sporting KC in the near future. It will be UEA’s first event since the beginning of the pandemic. They hope to host this event at Children’s Mercy Park, the home of Sporting KC.

“We’re extremely excited to be hosting an Esports event with UEA later this year. UEA is a leader in Esports, both in the Midwest and nationally. We know that working with UEA on this event will ensure that it is an incredible event. We are confident that this will be a start for more events like this in the future”

When it happens, it will be the company’s kick-off for the year and an exciting way to bring the Esports community in the midwest back together after almost a year apart.

For more information about UEA check out their website https://uea.gg/