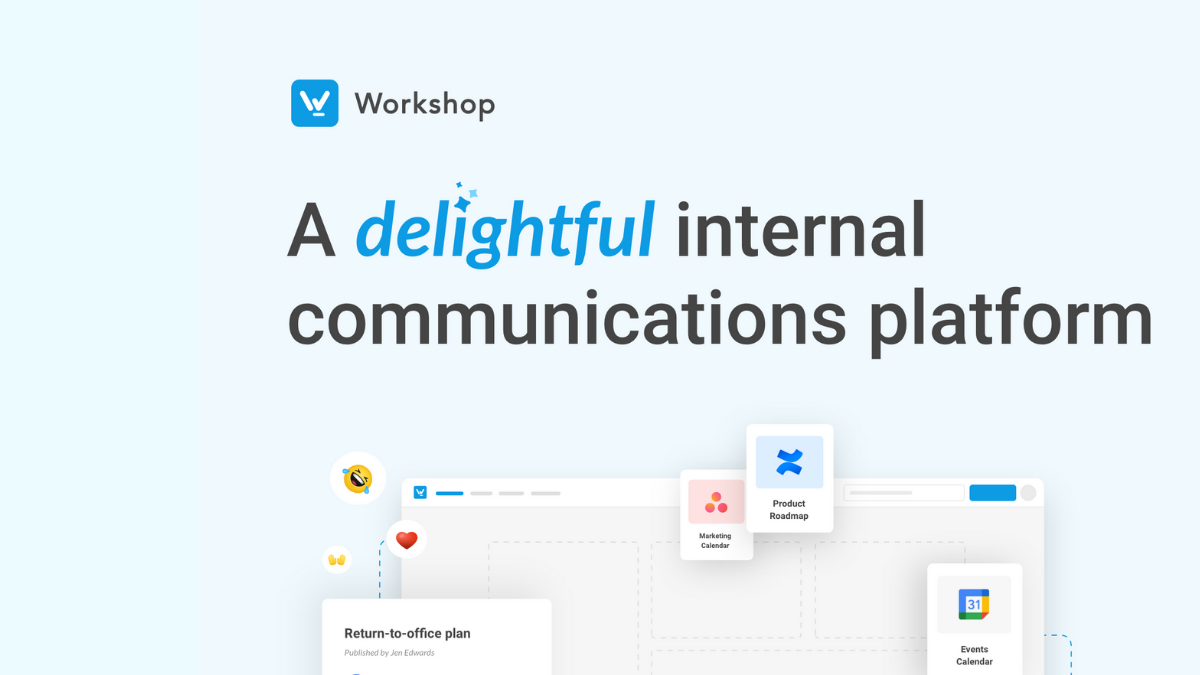 Omaha-based Workshop has announced that it has raised $3.5 million from venture investors.  The company is led by an experienced team and is building a solution to answer internal communications challenges for rapidly expanding corporations (see our article – “What is Workshop” – for more coverage).

Last week, Tom Chapman sat down with Dusty Davidson to discuss the company and how excited he is to be working with an experienced, tested team.  The company was founded by Flywheel executives – Dusty Davidson and Rick Knudtson.  They are joined on the founding team by Flywheel alums and Median co-founders – Derek Homann and Ben Stevinson.  “We learned a lot on the Flywheel ride.  Nine years building – from three guys in a garage up to 250 people and ultimately exiting and spending time at the acquiring company.”

This experience has provided Mr. Davidson and his team with some deep insights about how to build a great company – “Honestly, from starting over again, it is a way to leverage all of those learnings to grow bigger, faster, better.  In a lot of ways, we get excited about that – leveraging our collective learnings from the last eight or nine years.”

Those collective learnings are now being leveraged to solve a challenge that has plagued tens of thousands of U.S. companies.  According to Workshop documents, the number of potential customers exceeds 250,000 companies – creating a total addressable market of well over $2.2B.  These companies because of their growth rate and size have consistently identified internal corporate communications as a significant problem.  In fact, Mr. Davidson’s own experience reflects that challenge.  At Flywheel, where the company had a 92% positive engagement level, employees consistently asked for “improved communication and transparency in decision making.”

“Honestly, from starting over again, it is a way to leverage all of those learnings to grow bigger, faster, better.  In a lot of ways, we get excited about that – leveraging our collective learnings from the last eight or nine years” @dustyd

Thus, Mr. Davidson understands the challenge that the problem represents to many growing employers.  “I think that how companies share and disseminate the most important bits of information around goals, around strategy, around updates with their teams.  I think this is a leading driver of engagement, alignment, and ultimately company performance.”  The early product traction suggests that many companies agree with the need and the solution.  Customers from the region have already begun to sign up and use the new platform – such as Ortho Nebraska, Nebraska Book Company, and even national firms such as Postmates and Petal.  Workshop already boasts thousands of users on the platform.

And now is the perfect time to launch a product into this space.  COVID-19 has shifted corporate communications to become much more dependent on digital and asynchronous streams of information.  Plus, shifting work behavior, including remote work, has left many employees less engaged with their employers.  Workshop is trying to shift that to allow for more communication from the bottom up and with a particular focus on small teams that are doing critical work with each other and for the company.

Based on these factors, the market has exploded for new workflow, communications, and engagement tools for internal teams.  For example, the Internal Communications Software Market was expected to grow by more than 10% annually from 2020 to 2027 (when estimated in 2019), but had growth from 2020 to 2021 of more than 100% due to the shocks caused by the pandemic.  Companies, such as Zoom, Slack, and Monday.com, were all beneficiaries of the rapid market expansion – expanding the communications market value to well north of $20 billion.  Workshop sits adjacent to these other newly minted unicorns – but does not attempt to replace them.

In addition, lost along the way were companies that provided tools that were not project comms or real-time information for remote workers.  This smaller segment of the broader market jumped its market size from under $700M to over $2B in 18 months – but still leaves billions of dollars of potential market for Workshop to grow.  In short, Workshop is attempting to fill the rapidly expanding void in comms left behind as remote work, asynchronous work, and distributed workforces become permanent – just as real-time communication tools have become ubiquitous.

This opportunity has not gone unnoticed by investors.  With the team’s track record and the rapidly expanding market, many investors were interested in Workshop.  But, as Davidson described in his conversation, he was able to be picky with his new capital partners.  He could identify those that have real market value and insight, versus those that may only be able to provide capital.  As such, this fundraise marks an opportunity to ensure that his investors are as aligned on outcomes and the experience of working together as his founding team.

The round included a group of prominent Midwest venture funds and angel investors, including Ludlow Ventures, M25, and Linseed Capital.  Interestingly, Workshop’s seed round is almost entirely composed of local and regional investors, which continues the co-founders’ vocal support of the Midwest as a hub for great technology and startup opportunities. The startup plans to use the funds to build out a world-class team that can continue to build an amazing product, with a current focus on recruiting engineering talent. For more on Workshop’s most recent raise check out their press release.

Workshop represents a significant opportunity for the region (not just the investment community) as well.  From strong investors in the Middle and an excellent, experienced team, Workshop is set to become Omaha’s next great business.  This is good for the region – as retaining key serial entrepreneurs illustrates how ecosystems can grow and evolve.  For example, the Flywheel tree include numerous startups, such as Median, where Workshop co-founders – Mr. Homann and Mr. Stevinson – cut their teeth.  Having signature startup companies with experienced, well-regarded founders is one way to change the narrative about the region and about the types of companies created – not just in Omaha – but in the Middle.  Thus, it is essential to know the heroes – and tell their stories.

Ultimately our view of the team is not too different from that espoused by Mr. Davidson.  When asked about why he was so passionate about the opportunity at Workshop, Davidson stated, “It is an opportunity to get the band back together.  Rick and myself have worked together for over a decade.  Ben and Derek, our other partners, worked at Flywheel for many years before going on to start, build, and sell another software company.  It is an opportunity to work with great people on interesting things, and hopefully provide value and delight to our customers in the meantime.”

We look forward to hearing more as Workshop tells its own story and helps companies from around the world do the same.

For more on Workshop, check out these great Mug.News articles: