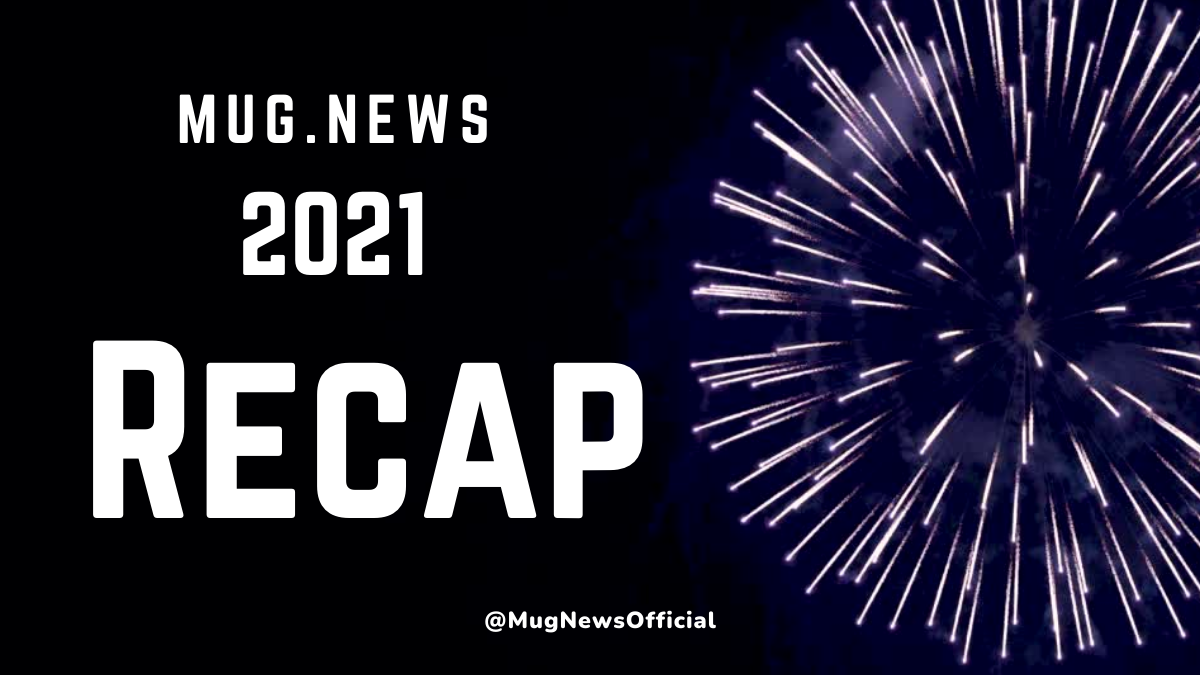 It has been a long f#cking year.

Ever since undergrad, I have enjoyed writing recap stories. The joy comes from reminiscing about all that transpired throughout the year, or in remembering what I survived. I cannot remember the first story that captured all that transpired, but one recap sticks out in my mind above the rest – the 1999 TEVA recap.

Most of you don’t know what TEVA is or was. Hint TEVA was a semiannual event, not a sandal company. I am not sure if the tradition still exists. It has been decades since my last visit to the University of Evansville. If you do know TEVA, you don’t remember anything from that night anyway – making the TEVA recap the go-to source for retracing your steps, finding your car, your wallet, your clothes, the frisbee, and confirming that Earl is, in fact, alive after leaving a bloody handprint on the basement wall.

TEVA was the worst conceived day in the history of days – meaning 44-year-old me cringes at the idea. TEVA was essentially a 24-hour day of drinking with only one requirement – drink a single beer each hour. I guess there were two requirements, you also had to go to class. These two initial conditions produced the most amazing recap of chaotic events I have ever experienced – most of which were true. I wish I could share the TEVA Recap with you, but it was written well before cloud storage was a thing, thank God.

TEVA didn’t celebrate anything. It wasted resources. It screamed of privilege. It undoubtedly broke laws – many of them. It endangered lives. The potential risks and narrow misses are what the 44-year-old version of myself sees now, but I also remember the friendships, the spectrum of emotions, the shared struggle, the humor, the stress relief, and the cast of characters that began and ended the day. The good memories heavily outweighed the bad and the recap was better for it. Tragic recaps have a place in the world.  I just don’t like writing them, and this isn’t one of them. The Mug.News recap of 2021 is full of happy stories. You should go back and read or listen to all of them because we are good at this, and just like the assigned readings for Mr. Witt’s English class, you didn’t read them.

Mug.News 2021 Recap – All the articles you didn’t read the first time.

Do you remember what happened this January? I don’t. I had to look. We wrote 19 stories about entrepreneurs and ecosystem builders from Omaha, Lincoln, Minnesota, South Dakota, and Wisconsin including Keith Fix from Retail Aware who just announced another raise, Erica Wassinger from Proven Ventures, and Scott Henderson from Nmotion. We highlighted 70 plus startups from the middle that raised money in the funding report. Most importantly we exclusively covered the toddler protests in Bentonville, AR.

Is winter over yet? It wasn’t. But, our stories made the time fly. We made a point to highlight black voices and black entrepreneurs. We interviewed Lolo Smith from Urban Accelerator X and Damola Ogundipe from Civic Eagles. We did a story on Desmund Adams from Focus and Find. We highlighted 66 startups that raised money including a separate feature on the Agtech sector in St Louis. We also had a little fun with Texas – because we had the power to do so.

A proverbial funding boom and more stories from all over the middle including an interview with Victor Hwang, author of The Rainforest and founder of Right to Start. Victor is awesome. My personal favorite story was the interview I did with the founders of Prismatic, Beth Harwood, Justin Hipple, and Michael Zuercher. In a tie for second was first the story Brooks Douglass (our UNL intern) ever wrote about E-sports. Rural Ecosystem building legend Don Macke also contributed a guest article. In addition, we highlighted raises from over 130 companies across the middle in the “Midwest Funding Report”.

More funding announcements including Event Vesta from Omaha (Shoutout to Andrew Prystai and Billie Martin). Did I mention the March story I wrote about Prismatic? Well, we covered their raise in April as well. Maybe it’s a pattern? Maybe a mention on Mug.News is responsible for funding all the companies we cover and not the hard work of founders, ecosystem builders, customers, and employees. (Clearly, we don’t think this.  We believe in entrepreneurs and their power). Let’s test this theory using a startup near and dear to our hearts – Mug.News. Now that Mug.News has been featured on Mug.News the funding is sure to follow, if it was only that easy. The 100 companies we wrote about who raised in April including Bushel from North Dakota sure make it seem easy.

Nothing happened. Just kidding. May was A-may-zing. I am not proud of that joke, but I am proud of all 27 stories and interviews. We might be too good at this and need to slow down. My favorite was the interview with Dan Lauer from St. Louis. Or, maybe it was the interview with Janet Miller from Southeast Kansas. I cannot decide so you be the judge. Warning: Getting through the May content is going to take a while so get started – it is worth it.

Donuts anyone? Oh Yeah, that’s right – the first ever GOLD DONUT competition was held by yours truly. Why? I don’t remember, but it seemed like a good idea at the time. I probably woke up in the morning and wanted donuts. I remember now. I went somewhere and wanted to find a good donut shop because that is the first thing I think about when on the road – coffee and donuts. So, I started researching who makes the best donuts in the middle of the country? Of course, some bougie blog from coastal city (fill in the blank) answered the question. Probably wasn’t even a human, just a bot that writes food blogs. Well, now we know. Square Donut in Omaha is your 2021 GOLD DONUT Champion out of 300 donut shops (our research is thorough). You know who else is a champion – the 50 companies like RoboTire we highlighted from the June funding report.

I forgot how long it takes to recap an entire year, especially when a majority of it was spent on Zoom calls. July added 23 stories covering over 75 startups. We featured Monolith out of Lincoln (which has raised hundreds of millions of dollars to establish a source for carbon black in the US), Arctic Wolf out of Minnesota, Jasper Card from South Dakota, Dwolla from Iowa, and VidaNyx from Omaha. We spoke with ecosystem builders from Columbia, MO and Rochester, MN. Even Luv & Support had a huge month #freebritney.

Did you know startup bars are a thing? The interns were probably drinking at work again. [Public Service Announcement randomly placed, Mug.News is a fully remote workplace.]  There were a huge number of fundings in August.  I know because we reported on them. We also reported on Swishboom, the Omaha startup that will find you a babysitter. Where were these gals 10 years ago when I had 4 kids under age 5? We also interviewed Colin Nabity, founder of Breeze, about their raise ($10 million, no less). This was just one of 150 companies in the Middle to raise in August.

29 more stories equal 29 more chances to get smarter. If you have consumed all the content by September, then you are now a Mug.News expert. However, learning is life. You cannot just stop with August or skip over it. This isn’t Netflix. We don’t recap the episodes at the beginning of each story. Maybe we should? I mean you’re reading this recap. I think we hit every state in the middle 15 footprint in August. Don’t believe me? Feel free to check my work. While you’re at it check out this story about PetFriendly and how they raised $6 million. Or check out the funding reports on the other 100 plus startups that raised in September. Ensmartening!

Even superheroes have an off month. Lucky for us we are not superheroes. I would like to say we are like that creepy Marvel character the Watcher who just reports on the actions of others, but we are not playing the “what if” game here or anywhere. The stories we share are of real people helping other real people build something that solves real problems like senior care staffing. Superb Shifts is doing just that. We covered them in October along with 28 other superheroes from the middle.

Thanksgiving meant a little more this time around because we didn’t get to gather in person in 2020. But before the holiday, we did a lot of work because founders in the middle continued to get shit done. (Shoutout to our friend at the Startup Champions Network). Over 150 companies raised money in November. Heyday (Chicago) raised half a billion dollars. Tom wrote a fantastic popular piece on Power 5 football spending compared with university research and development dollars. I wrote a tragically unpopular research article on the 80-year growth of cool jobs. I guess unread is different from unpopular. Is it December yet?

It is December 15th as I write this article. The last month of a huge year. The most recent funding report sums it up well – In 2021 alone, the Middle has generated more than $16.5B in investment in more than 2000 deals. We featured stories on Copper 3D written by Don Rashid and Bumper, an Nmotion (Lincoln) startup with a 17-year old founder. We also followed up on a previous company, Monolith as they signed an agreement with Goodyear. Indeed, it was a good year for many in the Middle.

In total Mug.News covered or featured over 400 stories from entrepreneurs and ecosystem builders across the middle 15 states in the US. It took us awhile to learn how to do it – what with the global pandemic and all. But we learned a lot over the course of the year, and we hope you can learn a lot from this recap about founders and companies located right here in the middle. If you enjoy our work and think this work is important, then please share this with… everyone, and subscribe to our Mug.News newsletter. If you would like to become a sponsor, write a story, or be interviewed – then shoot us a note at hello@mug.news.